Yan Hailing of the Chinese team trains for the men’s downhill para-alpine skiing event ahead of the 2022 Winter Paralympic Games at the National Alpine Skiing Center in Yanqing, Beijing on March 1, 2022. /CFP

Yan Hailing of the Chinese team trains for the men’s downhill para-alpine skiing event ahead of the 2022 Winter Paralympic Games at the National Alpine Skiing Center in Yanqing, Beijing on March 1, 2022. /CFP

As one of the major sports of the Paralympic Winter Games, alpine skiing will include three classes of competition for athletes with visual impairments, sitting and standing in five events: downhill, slalom, giant slalom, super giant slalom (super-G ) and super combined at National Alpine Skiing Center in Yanqing.

The first gold medal of the 2022 Paralympic Winter Games will be awarded to the women’s downhill competitions for the visually impaired on Saturday.

The Chinese para-alpine ski team was established in 2016 and debuted at the PyeongChang 2018 Paralympic Winter Games with just one athlete. Four years later, the team now has 22 athletes competing at home. 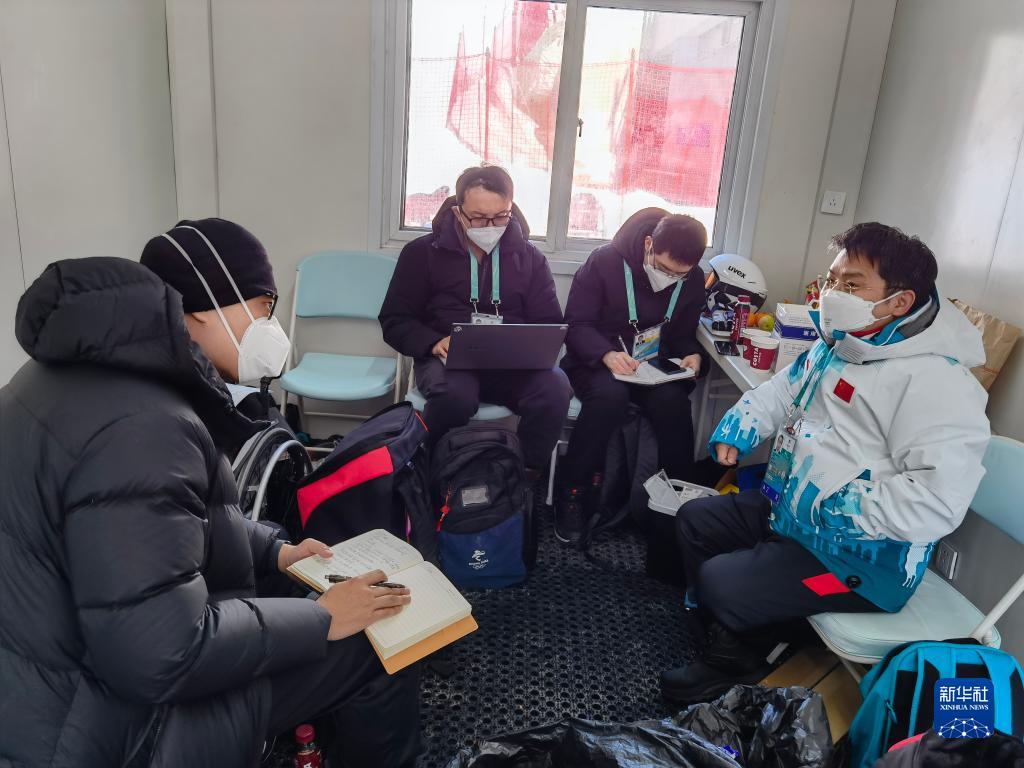 As one of the fastest sports at the Paralympic Winter Games, alpine skiing often sees athletes racing over 100 kilometers per hour on snow. “Downhill, athletes have almost no control over their bodies,” Wang said. “A lot of our team members have moved from other sports to alpine skiing. The first thing they have to overcome is expensive.”

According to Wang, the team hired quality coaches from overseas after the 2018 Paralympic Winter Games to focus on conditioning. Their athletes have spent about six hours a day skiing and another two to three hours improving their endurance as they prepare for the 2022 Paralympic Winter Games. Although there have been many challenges to overcome, the team has seen remarkable progress.

“Our team has improved their confidence and unity a lot,” Wang said. “It’s already like winning a gold medal or being able to participate in the Paralympic Winter Games at home.”

“Every one of our athletes cherishes this opportunity. We will do our best from the first race,” added Wang.